Millions also knew him as "God's Smuggler," the title he gave to the first and best-selling of his 16 books, which told of his years secretly delivering Bibles to the other side of the Iron Curtain. His undercover missions developed into the Open Doors charity that helps millions of Christians worldwide.

Born May 11, 1928 in Witte, Sint Pancras, Netherlands, Brother Andrew grew up during the rise of Nazi power in neighbouring Germany. At 18, he joined the Dutch army and served in the Dutch East Indies, now Indonesia. Returning home to the Netherlands with a bullet-shattered ankle, Brother Andrew became a Christian during his rehabilitation.

In 1955, Brother Andrew made his first trip to Poland with a suitcase full of Christian literature. Driving a bright blue Volkswagen Beetle across Europe, he went on to smuggle hundreds of contraband Bibles across borders. "God’s Smuggler," the 1967 memoir written with the collaboration of authors John and Elizabeth Sherrill, quickly became a best-seller with over 10 million copies distributed worldwide in 35 languages.

At age 67, Brother Andrew was knighted by Queen Beatrix of the Netherlands. He also received the World Evangelical Alliance’s Religious Liberty Award and the Heritage of Faithfulness Award from the Christian Association of Senior Adults.

But perhaps the recognition that pleased him most is the copies of the East German Stasi reports, which he obtained after the fall of the Iron Curtain. There were more than 150 pages about him, detailing his work in the Soviet Union and Eastern Europe. They knew a lot about "Brother Andrew," yet they were not able to stop his work.

Brother Andrew met his wife of 59 years, Cornelia, known as Corry, when he was working in a chocolate factory. They married in Alkmaar eight years after meeting on 27 June 1958. Corry was born in March 1931 and died on 23 January 2018, surrounded by her family.

Brother Andrew is survived by his five children, 11 grandchildren, and by the organisation he founded, Open Doors.

Building on the legacy that Brother Andrew started, Open Doors works in 60 countries and raises $70 million each year to serve the persecuted church. Last year 1,048,000 Bibles and Christian resources were distributed as well as food, medicines, trauma care, legal assistance, safe houses and schools, together with spiritual support through training and resources. Open Doors advocates for freedom of belief and campaigns to bring the persecution of Christians to the attention of wider society.

‘God’s Smuggler’ Brother Andrew dies at the age of 94

Brother Andrew, the founder of Open Doors, died Sept. 27 aged 94, at his home in Harderwijk, Netherlands.

“When Brother Andrew started his ministry, little did he imagine that within 60 years it would embrace millions of Christians worldwide,” said Open Doors CEO Dan Ole Shani.

“Inspired by his example, Open Doors network reach out to an increasing number of Christians in the most difficult spots and provide life-changing support to many of them. That is the biggest testament to Brother Andrew’s remarkable life.”

Born May 11, 1928 in Witte, Sint Pancras, Netherlands, Anne van der Bijl grew up during the rise of Nazi power in neighbouring Germany. After receiving missionary training in Scotland, he travelled to Poland in 1955 to participate in a worldwide communist youth rally. He travelled there with a suitcase full of Christian tracts and discovered that churches behind the Iron Curtain were isolated and much in need of encouragement.

His border crossing to Yugoslavia and other Iron Curtain countries in a bright blue Volkswagen Beetle stuffed with illicit Bibles in 1957 is memorialised in his memoir, "God’s Smuggler," written 10 years later with the collaboration of authors John and Elizabeth Sherrill. The first of 16 books written by van der Bijl, by then known as Brother Andrew, it has sold more than 10 million copies and has been translated into more than 35 languages.

The Bible smuggling reached a climax in June 1981 when a 20-strong Open Doors crew piloted a custom-built barge onto a Chinese beach under the cover of darkness. They floated 1 million Bibles contained in 232 packages, weighing one ton each, to a small, silent army of waiting Chinese Christians, who spirited them into the country.

Time magazine called Project Pearl "the largest operation of its kind in the history of China". The article was titled "Risky Rendezvous in Swatow" and a Time Beijing bureau chief later described it as one of the most unusual and successful smuggling operations of the 20th century.

Brother Andrew often said: “Our very mission is called ‘Open Doors’ because we believe that all doors are open, anytime and anywhere.

”I literally believe that every door is open to go in and proclaim Christ," he said, "as long as you are willing to go and are not worried about coming back.” His travels logged an estimated 1 million miles through 125 countries.

After the fall of the Iron Curtain, Brother Andrew turned his attention to the Islamic World. He travelled to the Middle East and South Asia and had private meetings with leaders of several Islamic fundamentalist groups. In the face of growing Islamist violence towards Christians, Brother Andrew preached against retaliation. He used the phrase I Sincerely Love All Muslims -- an acrostic for Islam -- as a counter to the rising Islamophobia in the west.

Queen Beatrix of the Netherlands knighted Brother Andrew in 1993. In 1997, he received the World Evangelical Alliance’s Religious Liberty Award, recognising his lifetime of service to suffering Christians and his passion for evangelical ministry.

But perhaps the recognition that pleased him most is the copies from East Germany of the Stasi reports, which he obtained after the fall of the Iron Curtain. There were more than 150 pages about him, detailing his work in the Soviet Union and Eastern Europe. They knew a lot about "Brother Andrew," yet were not able to stop his work.

Brother Andrew was married for 59 years to his wife, Corry, who died in January 2018. He is survived by five children and eleven grandchildren.

A private memorial service is being planned.

Open Doors International is a global NGO network which has supported and strengthened persecuted Christians for over 60 years and works in over 60 countries. Last year it raised approximately $70 million to provide practical support to persecuted Christians such as food, medicines, trauma care, legal assistance, safe houses and schools, as well as spiritual support through Christian literature, training and resources.

Every January Open Doors publishes the World Watch List – a ranking of the 50 countries where it is most difficult to be a Christian. This is produced using detailed information provided by Open Doors co-workers in more than 60 countries, as well as independent experts. Data is gathered on five spheres of life - private, family, community, national and church life – plus a sixth sphere measuring the degree of violence impacting Christians. Persecution in each country is recorded by Open Doors using a point system. Open Doors' research methods and results have been independently audited by the International Institute for Religious Freedom. 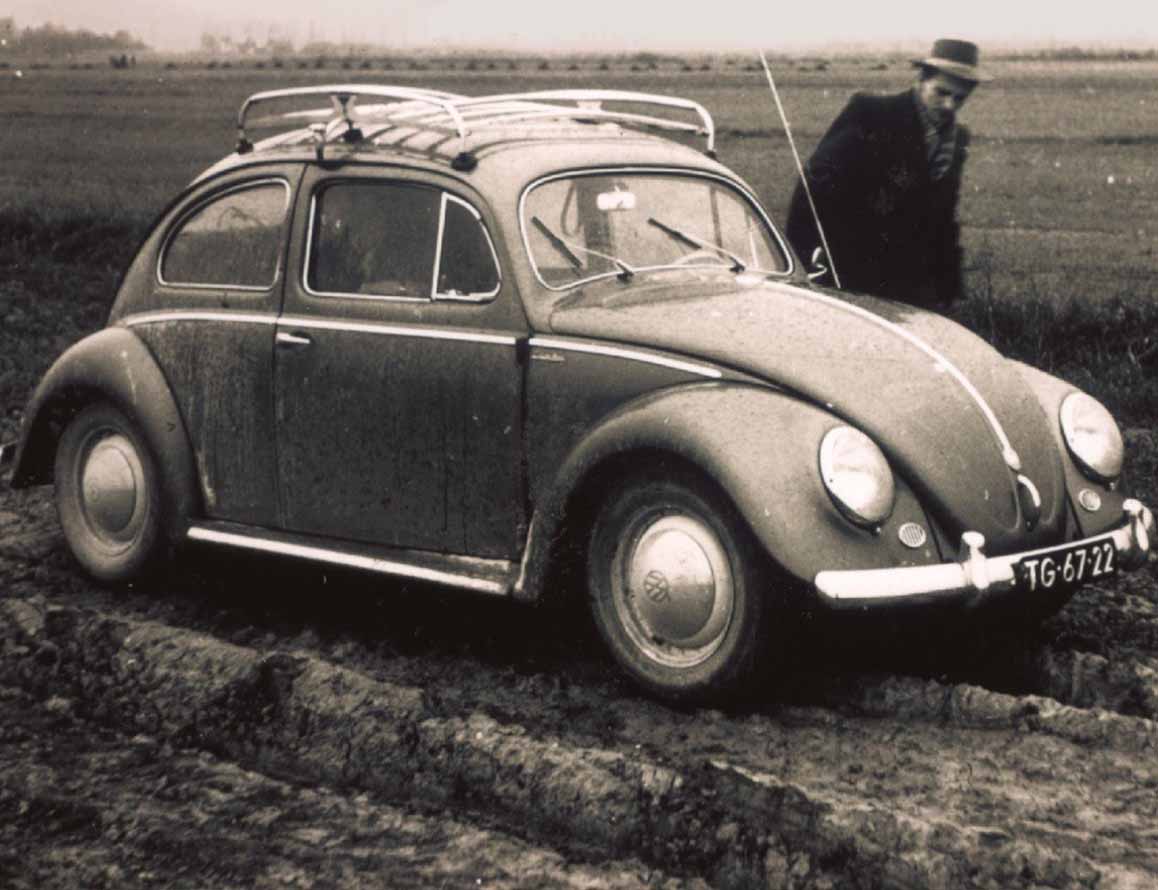 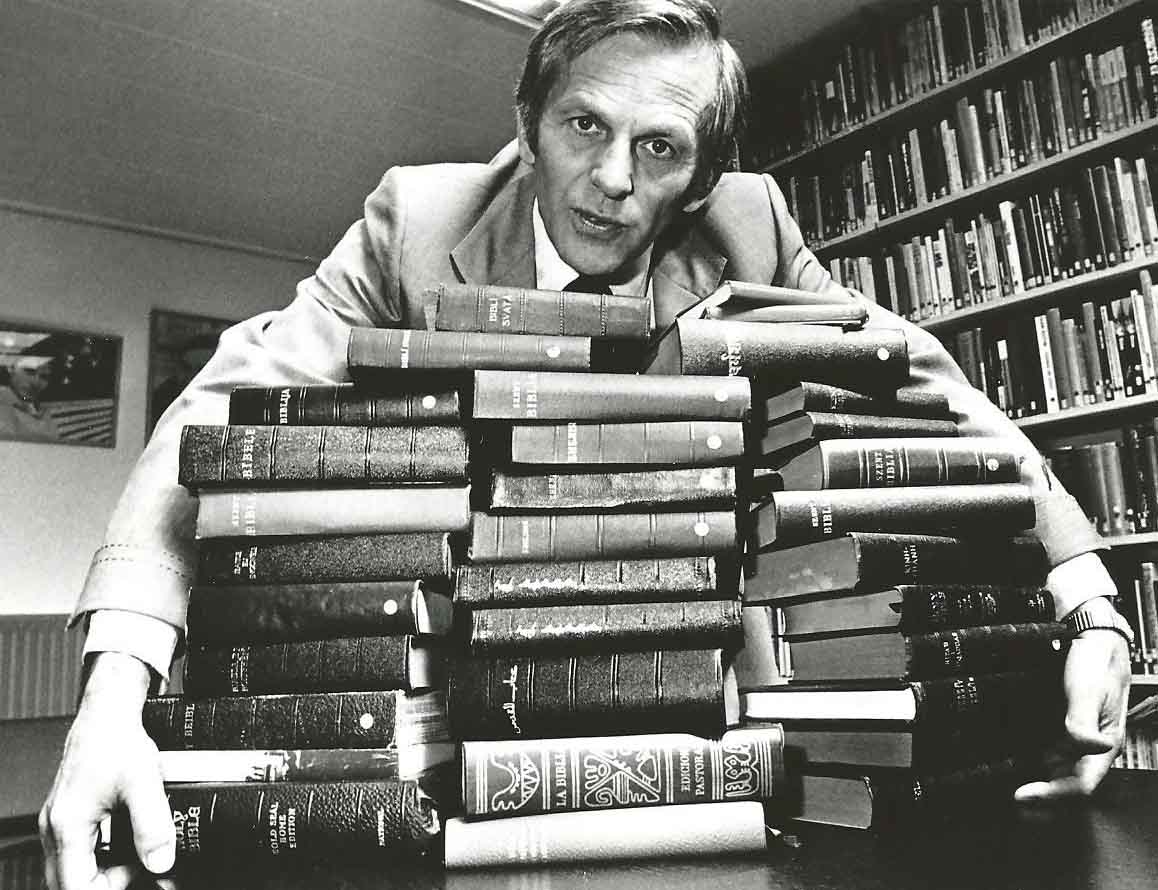 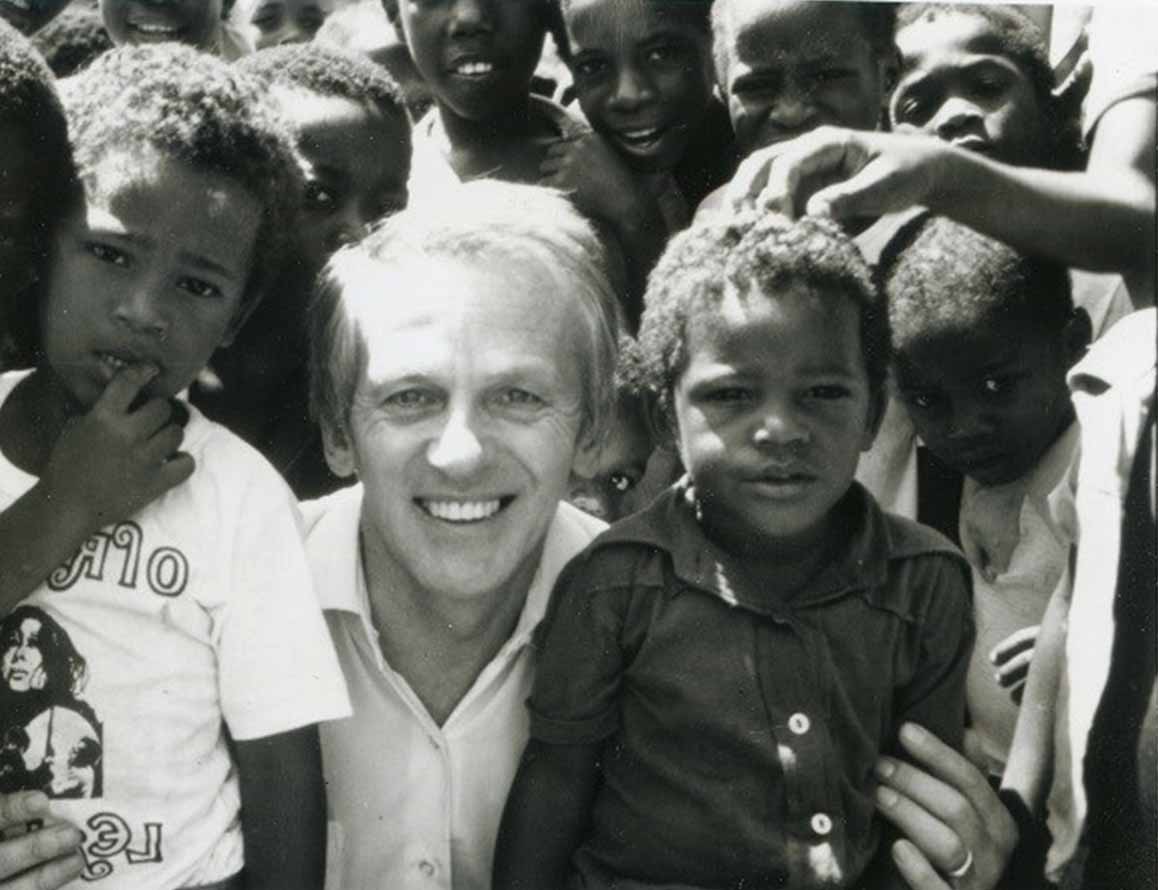 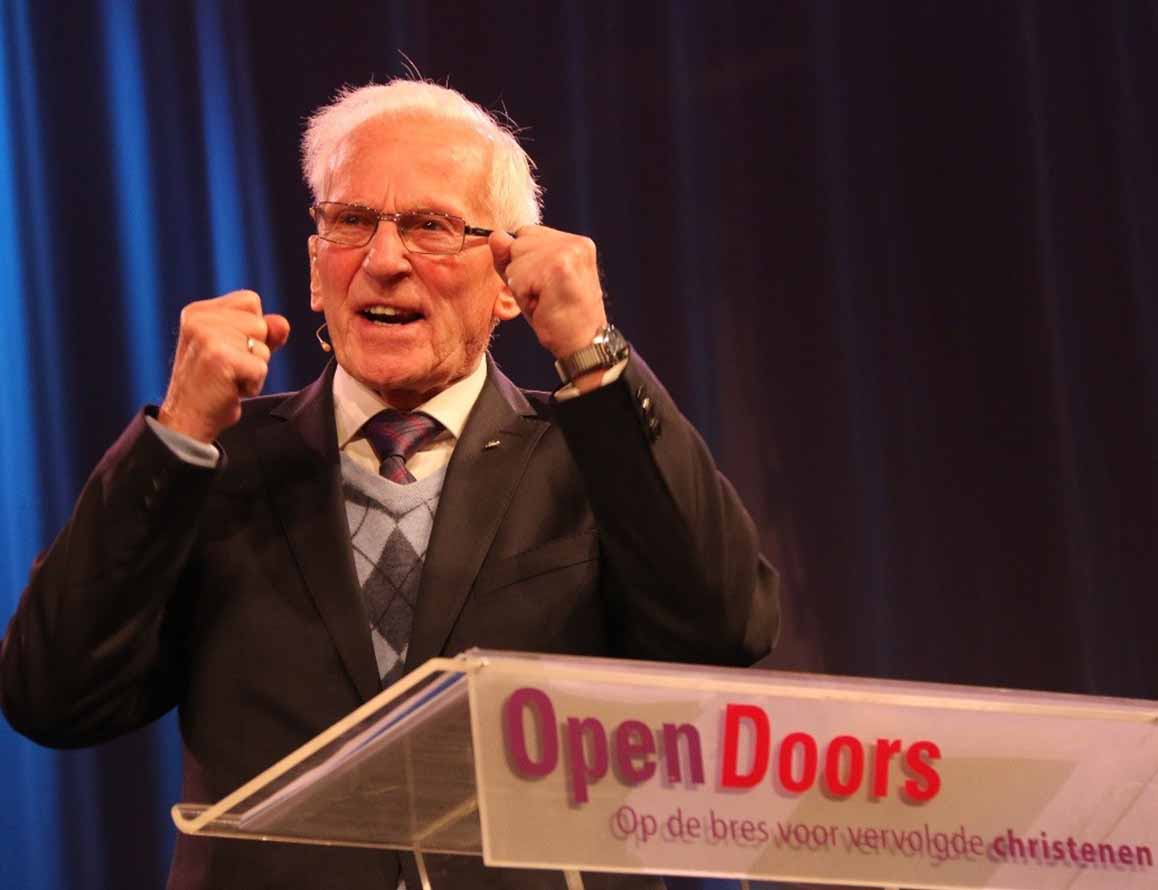 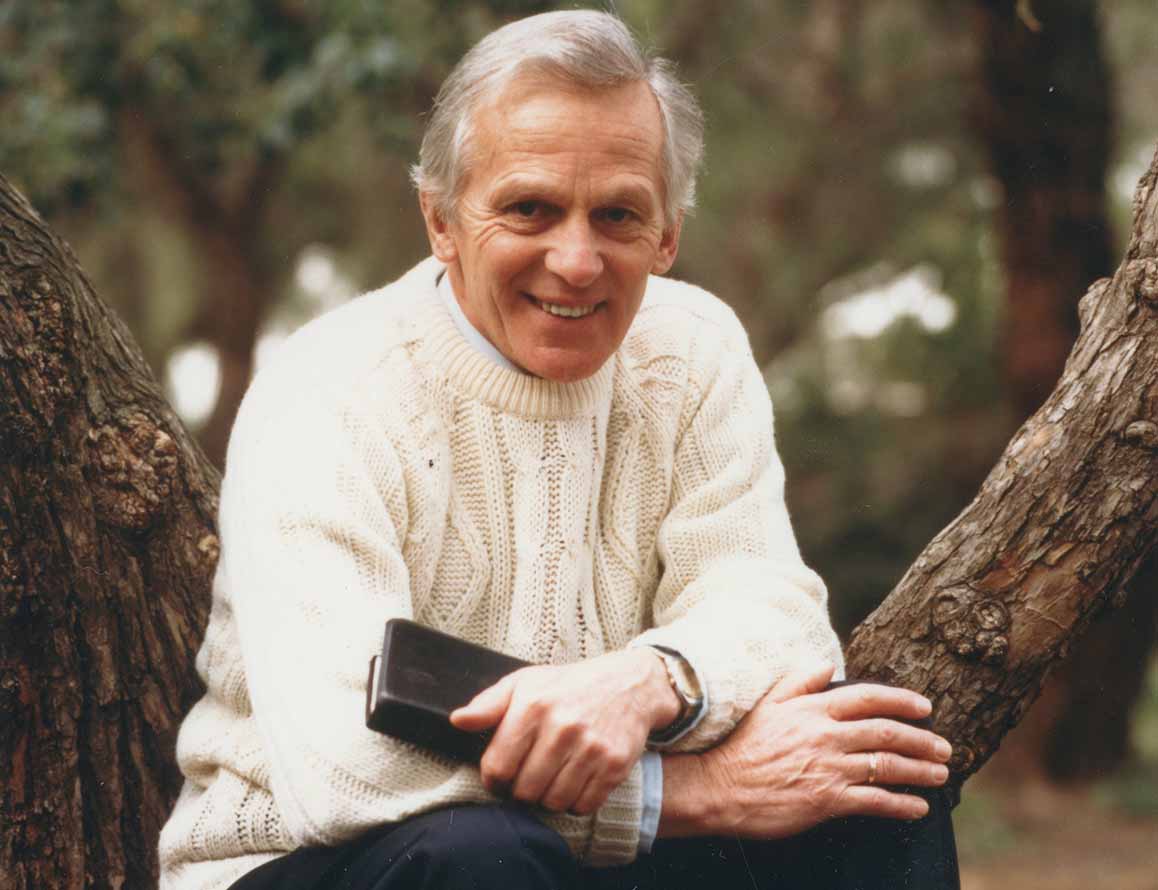 Celebrate the unique life and legacy
of Brother Andrew

Find out more about the great adventure of faith that Brother Andrew has inspired.

Leave a message of remembrance

Make a donation to the God’s Smuggler fund